Do you have a case ? 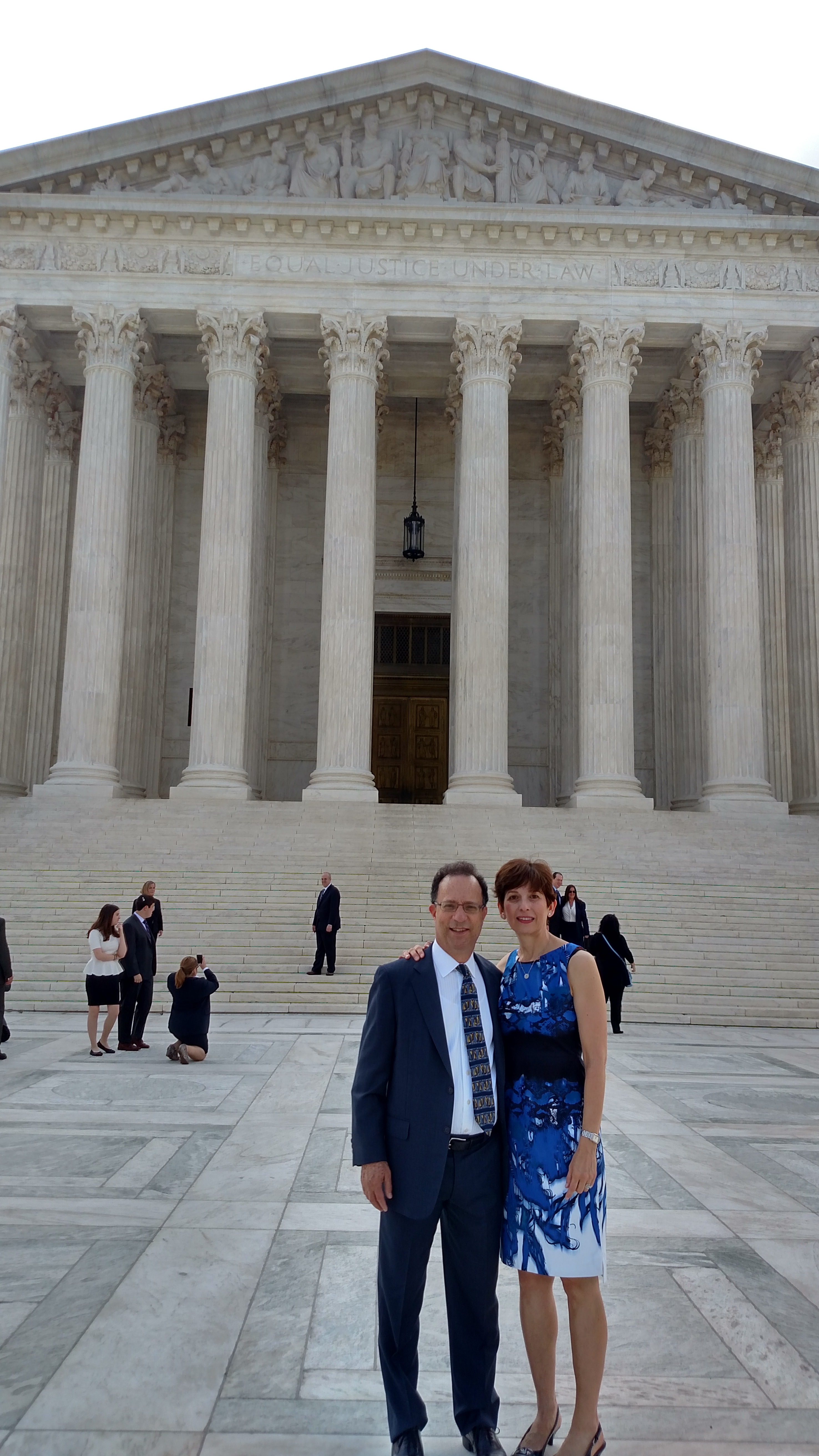 The Supreme Court of the United States hears only certain types of cases and it accepts only a small minority of the cases that it has the power to hear. Then, it hears oral argument in a small minority of the cases that it does accept. The nature of my practice makes it highly unlikely that any of my cases will ever make its way to the nation’s highest court or that I will have the opportunity to argue a case there. Still, when I was presented with the opportunity to be admitted to practice before the US Supreme Court, I decided to take advantage of it.

After getting my paperwork, including the required recommendations in order, I joined about thirty of my friends and colleagues for the group admission, which took place on a beautiful day in May. When we entered the hallowed halls of the most famous and influential court in the world, I was first struck by the small size and beautiful, understated intimacy of the space. I am certain that I have argued many simple motions in larger courtrooms in Manhattan. Suddenly, without fanfare, the most famous jurists in the world assumed their seats on the bench. Well, there were seven of nine present that morning because Justice Alito was absent due to a conflict of interest with the case that was about to be decided and the seat formerly held by the late Antonin Scalia, had not been filled. But it was still quite impressive. Within minutes, Chief Justice Roberts was reading the Court’s decision in a case involving water rights. He had a pleasant, friendly and open demeanor. I tried listening closely but my attention kept shifting from one Justice to another. As Chief Justice Roberts continued reading, I watched Justice Clarence Thomas leaning back deeply, really reclining, practically prone on his chair.

After the new decision became the law of the land, the court officer asked my colleague, Jay Breakstone, to present each of us for formal admission to the Court. Jay is an accomplished appellate lawyer, a prior member of the SCOTUS and had organized the group admission. I vaguely remember hearing my name called, then standing and being sworn in as a member of the Court. I was proud to be doing this in front of my wife Daphne and my youngest son, Benjamin, who had taken the train from Baltimore that morning. In addition, I was thrilled to be joined by my closest legal colleague, Sam Rosmarin, who was sworn in beside me.

After the ceremony, our group thoroughly enjoyed a private breakfast reception with the incredible Justice Ruth Bader Ginsburg, who spoke to us and posed for a group photograph. Months before, Jay had written to each of the Justices, asking if any would be able to join us. One accepted and that speaks volumes about her.

With my admission, I now have the privilege to argue a case before the Supreme Court of the United States, should the opportunity ever present itself. I am also entitled to sit in the section of the Court reserved for its lawyer-members and to observe oral arguments, should I happen to be in Washington.